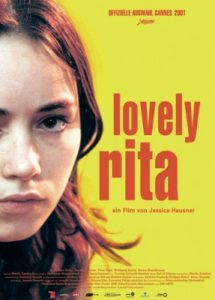 Rita is an outcast teenager in suburban Austria, misunderstood both at school, where she's disdained by classmates, and at home, where her staunchly religious mother and temperamental father bemoan her inability to fit in with their comfortable bourgeois life. When Rita sets out to seduce her school bus driver, she sets in motion a series of events that changes everyone's lives irrevocably.