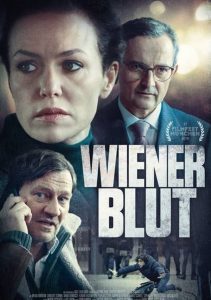 Police officer Markus Glösl calls prosecutor Fida Emam to the scene of an alleged suicide. An employee of the financial regulatory authority has been found hanging from a bridge across the river Danube. Glösl wants Fida to order an autopsy and open an investigation on suspicion of murder. Fida soon learns that the victim was investigating a private bank in Vienna suspected of shady dealings with a radical Islamic group. She comes to the painful realization that her teenage daughter Aline not only harbors sympathy for this group; she has also fallen for one of her schoolmates, who is part of Imam Ahmed Rahimsai's inner circle. Fida's investigation brings her closer and closer to two extremely dangerous individuals who plan to permanently destabilize central Europe. When she realizes that she herself is at the center of this plan, it's almost too late.