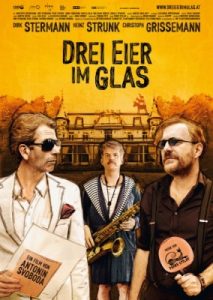 There's an African Tale about how every child gets a song from their parents, that'll follow them all their lives. Richard, an immigrant from Tanzania, doesn't know his parents and so never had his song. How he will indeed find that song, before his untimely death and how a 'Dark-Tourism' entrepreneur, a male model after his prime and an ever drunken music teacher will unintentionally help him on his way won't be spoiled here. But just you wait, Richard's song is gonna be a superhit. Dead Man Playing!