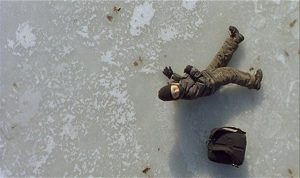 8-year-old Marco suffers from the constant absence of his father. He has to work, his mother tells him. But Marco thinks it's because of her quarrelsome attitude. When Marco thinks he spots his father's face on a bus nonetheless, his confusion is complete. Are his parents hiding something from him? Marco puts his parents and himself to the test: If he puts himself in danger, his father will surely show up eventually, won't he?